A bulldozer is a piece of heavy equipment that runs on diesel fuel and is found on most construction sites. A bulldozer is characterized by a large flat blade on the front that can be moved and lifted with hydraulic arms, and by the tracks that it runs on. Because it runs on tracks rather than wheels, a bulldozer has tremendous traction against the ground.

Earthmoving
The most common use for a bulldozer is moving large amounts of earth and soil. The bulldozer can push piles of material in front of it using its blade, which saves workers the trouble of using a backhoe to lift everything and put it down somewhere else. Bulldozers are sometimes used in conjunction with backhoes and other digging machines. The backhoe lifts material out of an excavation and sets it on the ground, and the bulldozer pushes it away to another location.

Roadbuilding
Bulldozers are a primary tool used in the building of roads. When a road is built, the topsoil needs to be removed because it is full of moisture and organic material, and the road will be unstable if it is built on top of the topsoil. A bulldozer pushes away the topsoil, creating an opening for the road that can then be filled with gravel and clean fill. Bulldozers are also used to smooth the fill that is used to build the road.

Construction
Bulldozers can be used for many different purposes in the process of construction. Large construction projects require extensive preliminary site work, and much of this is done by bulldozers. Bulldozers can strip off surface vegetation in preparation for the digging of foundation holes, and can move materials such as gravel, fill and topsoil from place to place. Bulldozers can also push waste, brush and other materials into one location for burning or disposal.

Demolition
The act of destroying and removing old and derelict properties usually involves the use of a bulldozer. A large bulldozer can knock a house over, saving the trouble of having to deconstruct it piece by piece. Bulldozers that are used in this kind of work are equipped with a sturdy cab over the driver’s seat to prevent injury. Once a bulldozer has knocked down an old structure, the bulldozer can then be used to push all of the debris into a single pile and clean up the surrounding area. 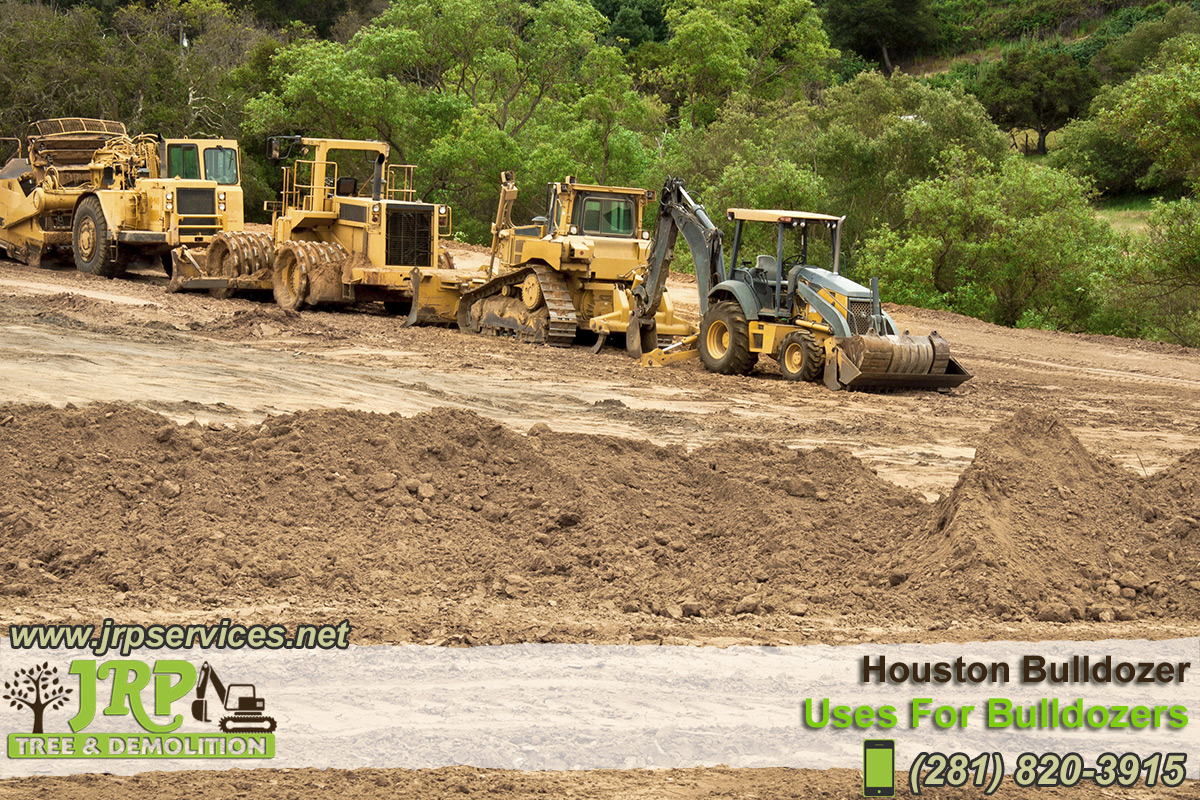